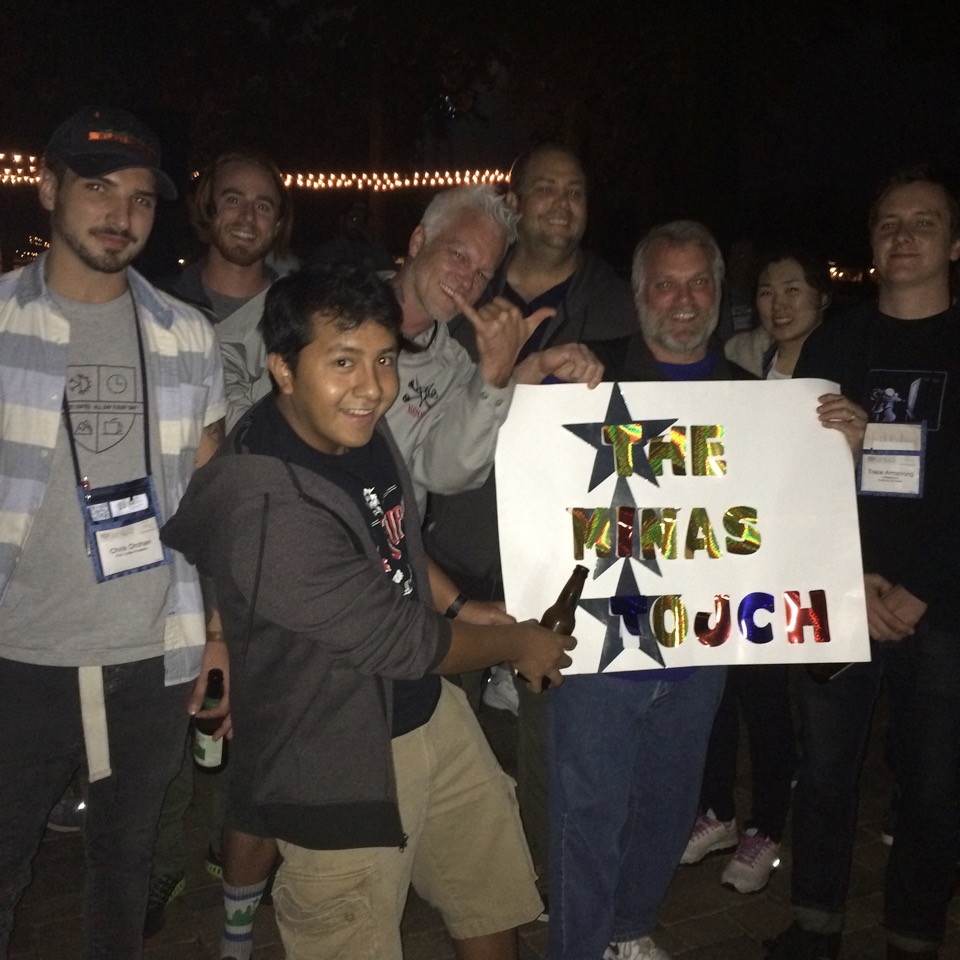 At the end of August Coffee Hound roaster, Trace Armstrong, was lucky enough to represent the Hound at the annual Roaster’s Guild Retreat in Delavan, Wisconsin. While at the retreat, Trace learned a lot and had plenty of fun experiences he was eager to share when he returned. Although there is not time for them all, Trace has provided several highlights below:

The Roaster’s Guild is a group focused on improving specialty coffee by providing information, classes, standards, and special events, like the retreat, to all different kinds of roasters.

On the drive up to Wisconsin I was biting my nails. Some of the best coffee roasters in America would be at this event. However, when I arrived, my nerves calmed. Coffee people are some of the nicest (and weirdest) people around. Once everyone had arrived, we were broken into eighteen different teams. Each team was given the same assortment of green coffee beans to roast. We cupped and evaluated their qualities, then chose which to use in a blend that would maximize sweetness. During the roasting of these coffees, I had the opportunity to hear opinions from several talented roasters, and we were able to drop some coffees we were happy with.

Over the next two days I participated in several coffee seminars, met some amazing people I now consider friends, took some of the classes necessary to become a certified coffee roaster, and probably drank too much free beer. On the last night, everyone assembled at a bonfire next to Lake Geneva to hear who won the roasting competition. I didn’t expect anything. But then the head of the Roaster’s Guild announced our team name! We came in third place out of those eighteen teams. It was really a great feeling. I had a great time, but I’m happy to be back to put some of the things I learned into action. I always thought we had good coffee, but now I know it- and I’m excited to make it better.