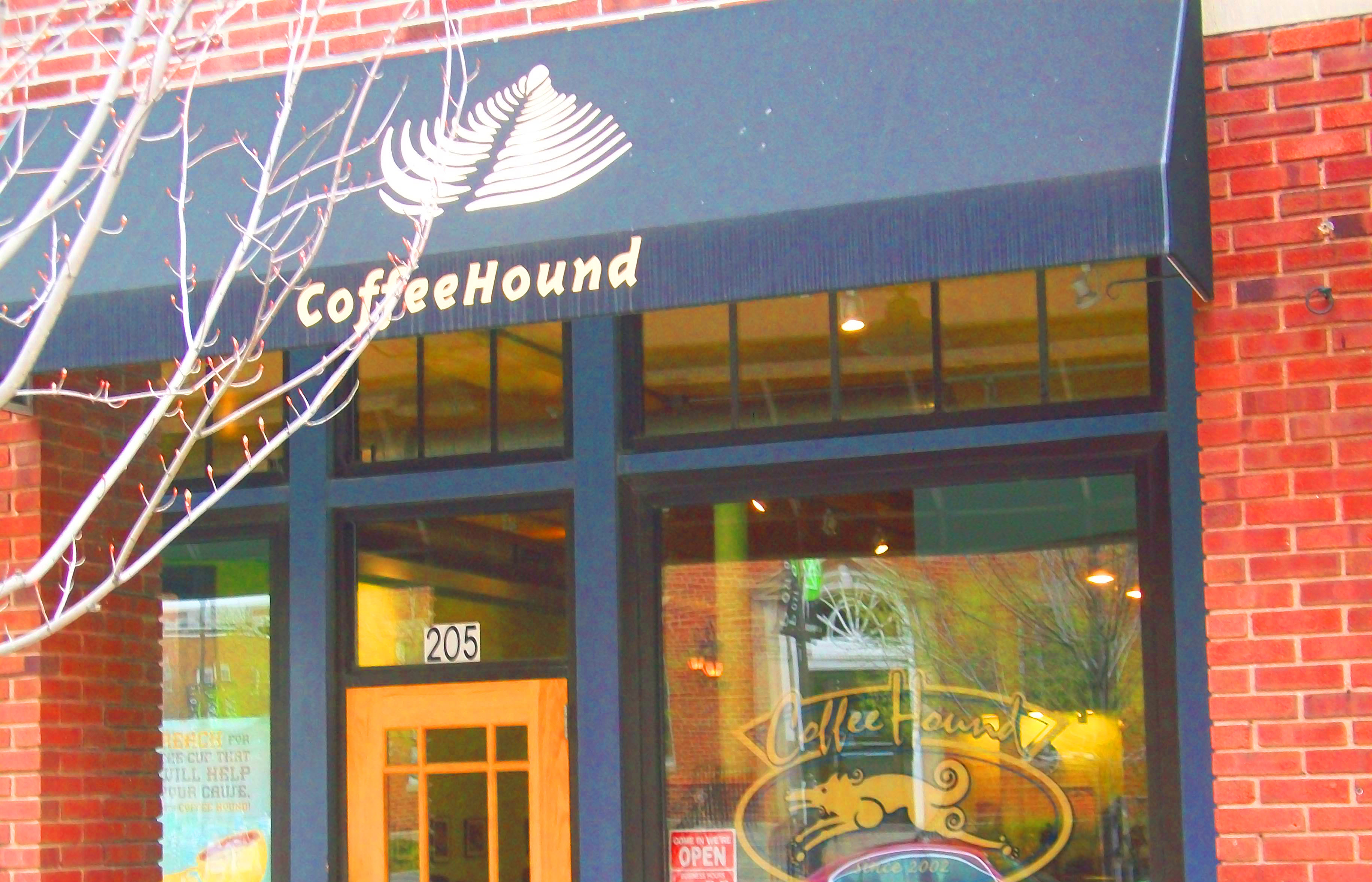 Since opening its doors in 2002 Coffee Hound has been the place to experience the highest quality of coffee. With our original space in Downtown Bloomington, Coffee Hound has built a coffee cult out of the citizens of Bloomington/Normal. Expanding our reach into Uptown Normal just a few short years later, we have brought big-city coffee to the students, faculty and staff at Illinois State University. Shortly after the completion of the Normal location another step was taken to better the quality of coffee at the Hound in the form of a roaster. Steve worked closely with Tracy Allen, a friend of the Coffee Hound’s and a master roaster, to begin his foray into the world of roasting. From there Steve has been dedicated to sourcing only the highest quality of beans, and roasts them in a way to bring out their intrinsic flavor characteristics. Beyond our excellent coffee and our influence on the local scene, Coffee Hound has been a major player in the coffee world as a whole. It began with latte art competitions and Steve’s impressive showing at the United States Barista Championship in 2007, earning him a place as a finalist. It has continued to latte art competitions all across the United States, and network connections from other classes, such as Steve and Anna Barnett’s (Normal Store Manager) Q-Rating course in Arkansas that took Anna all the way to Greece. Our former baristas can be found in coffee shops like the well known Ninth Street Espresso Bar in New York City, and even in London. So where are we going next? Coffee Hound is always planning a trip to somewhere, whether its another trip to a country of origin such as April and Steve’s trips to Guatemala and Costa Rica, or Anna judging a competition in St. Louis. Coffee Hound will continue to be a force in the coffee world, and will continue to bring the knowledge that we pick up on our travels back to BloNo to make the best possible cup of coffee.